Where is Dover Ferry Port? 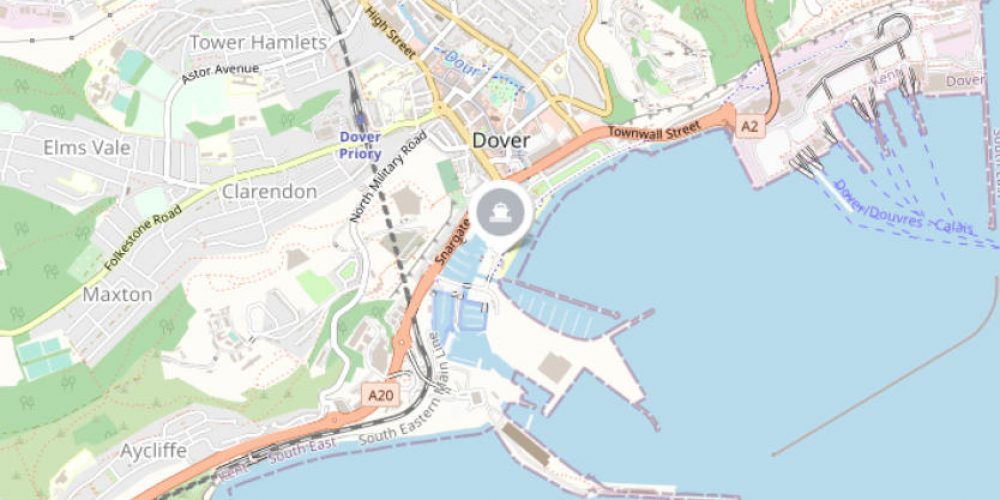 Where is Dover Ferry Port?

Have you ever wondered, Where is Dover Ferry Port?

Dover Ferry Port is 1.5 miles from Dover town centre and is located at the Eastern Docks, CT16 1JA.

Dover is a town in Kent which is located in the South East of England. The town is a major UK ferry port and lies at the shortest distance between France and England along the English Channel. The ferry routes operating from Dover include Dover to Calais and Dover to Dunkirk.

How to Get to Dover Ferry Port

Dover ferry port is extremely easy to reach by car, foot, bicycle, train or bus from the majority of destinations.

Getting there by Car

To reach the ports by car there are two popular road routes.

Firstly from the M20 simply stay on the M20 and when you get to Folkestone continue along the A20 to Dover. The A20 leads straight to the ferry terminal and the route is extremely well signposted.

Secondly from the M2 you simply drive towards Dover. Just after Faversham the M@ merges into the A2 where you can continue onto Dover ferry terminal. Again the route is well signposted.

If you plan to drive to Dover and not take your vehicle onto the ferry then you may bee looking to park your vehicle somewhere. At the ferry port there are both long and short term parking available. At the entrance to the terminal is a multi-story car park.

Getting there by Coach

There is a regular coach service from London to the ferry terminal which takes around 2.5 hours. The service runs from Victoria station and is operated by National Express.

Getting there by Bus

Buses run regularly from Dover town centre to both the Dover Priory rail station and the ferry terminal which means you can easily access the port by bus from anywhere in the country.

Getting there by Rail

The nearest railway station to the ferry terminal is Dover Priory. Trains run from London and take approximately 1 hour 45 minutes. The train station is a short distance from the terminal and can be reached by bus, foot or taxi within a short time.